“Endure hardship with us like a good soldier of Christ Jesus. No one serving as a soldier gets involved in civilian affairs – he wants to please his commanding officer.” – 2 Timothy 2:3-4 NIV

A common picture used in the New Testament to describe the Church is that of an army. Followers of Jesus should be living as soldiers for Christ, doing what our commanding officer has set out for us to do. A collection of soldiers is an army and an army is a group of people with a single mission, working for something much bigger than just themselves.

Soldiers in the natural serve for their families or their countries, we are spiritually soldiers and we serve The One, who is greater than our nation or our families, JESUS CHRIST.
There is a spiritual war going on and we choose this day whom we will serve, The Lord or ourselves and our sinful nature.
It is not whether we serve or not but rather whom we serve as there is no ‘neutral ground’ or ‘grey area’.

The acclaimed C.S.Lewis said this, “There is no neutral ground in the universe. Every square inch, every split second is claimed by God, and counterclaimed by Satan.”

We are living on a battleground not on a playground. We have been left with a mission, Matthew 28:18-20, and it is a foolish soldier who doesn’t do what his commanding officer has said.

Paul in his final letter written in the New Testament tells Timothy to behave like a soldier and he tells him to teach others the same. With his final words he is letting him know that he is at war. The same applies to us now, 2000 years later, we are still at war.

We need to be aware and live aware that we are at war, we can’t afford to live like we are on a playground, for both our sake and for others sake!

God has called us to reach the lost and if we live like no-one is lost then we won’t reach anyone. Why else are we here except to tell lost people about Jesus? Anything else we could be doing just as well, or better, if we were in heaven. The lost won’t be with us in heaven so let’s show them Jesus now while we still  can!

We are soldiers for Christ, representing Him everywhere we go, whatever we do, whoever we talk to, so let’s make it count. Remember that we are in a war, remember that there is no neutral ground, and live accordingly.

We have been brought from the Kingdom of darkness into the Kingdom of the Son he loves, in whom we have redemption, the forgiveness of sins (Colossians 1:13-14).

As soldiers we are called to bring people into this Kingdom, a better Kingdom, HIS KINGDOM!

Let’s get on with HIS MISSION, HIS WAY and live as a soldier living to please our commanding officer.

One of the aspects of this year at the Church has been the opportunity to preach a bit more regularly than usual and with that privilege comes some greater appreciation for things that we get told but often ignore.

The importance of seeking God DAILY, reading His word and praying to Him.

When you are giving out like you do when you are preaching it is crucial to spend more and more time with God. Without that time with him it is easy to see how preachers ‘burn-out’ or leave the ministry. Preaching is great but to try and do that week in week out without a daily time with God is insanity.

Take away the preaching and it is still insanity to try and live without hearing from God daily. Life can get hard, life can get tiresome but it is more so without the voice of God. If you are tired, burning out or losing perspective, then make the effort, get up earlier or stay up later and get with God.

Hearing from God daily is a must. The enemy will try to downplay it’s importance but don’t be sidetracked, it’s called daily bread for a reason!

Recently I had the privilege of spending nearly 4 hours in a car with the amazing Leon and Pat Van Daele. If you don’t know who they are, then you are missing out!! They are two of the most incredible people on the planet.

Now in their 70’s they have been together for 50 years, and have been serving Jesus for even longer! You will find it difficult to find a better example of what a life lived for the King looks like. They are so selfless in everything they do, they are always thinking of what God wants them to do and how they can bless others.

I first met them when I was very young. They moved from South Africa to Australia, and settled in Warrnambool, in the house next to mine. They were the first neighbours that I can remember having, and they were like grandparents who would always offer me a cookie whenever I went to their house (and if they didn’t offer I would demand one!!).

Now I am more aware of who they are and what they have done, so when the opportunity arose to spend extra time with them one on one I could not say no!

I prepared questions to ask them in advance because I wanted to get as much out of them as possible and when I got the opportunity to ask them I was not disappointed!

I chose to ask questions about the past; why and how NCMI came to be, what they were involved in before NCMI, how they deal with their family being spread across 3 different continents and how they have stayed the course for so long…

I chose these questions so that I could learn just a little of what they have walked through and that I will hopefully be able to avoid some unnecessary battles down the track and set myself up to fight the battles God has planned for me, not just the ones created by my own stupidity!
I felt that it was important to learn as much from them about the past as possible because they were there, and people who were there may not be around for a whole lot longer to pass the information on…

Needless to say each question gave way to many tangents and each answer from Leon was the length of your average sermon… I was having the time of my life!!

Who gets to spend so much time with Leon and Pat on their own? Let alone an 18 year old kid who knows nothing about everything?!?!

It was a truly humbling experience, one that I will not forget in a hurry… I look forward to seeing many more ‘Leon and Pat’s’ in the future, thanks to their example of knowing they are loved by Jesus, loving Him in return and loving others as an overflow… and perhaps one day I might be like them too… 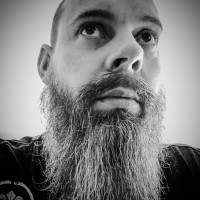 Thanks SO much for taking the time to check out my blog...
I hope you found it helpful/inspiring/Jesus Centered...

Other Great Blogs: inside paul's head...

The Times They Are A Changin…

The Brain of Jonno

Practical thoughts on leading worship and other awesome things